Clickhappy! May '15
Pawan Dhall files a photo-report on a visit to Birbhum district in West Bengal to record a film-making initiative on Bhadu Devi. The film, much like the goddess herself, has intrinsic links to many aspirations for personal fulfillment and a better life


The Bhadu festival and folk art form of Birbhum and neighbouring districts in West Bengal has its origins in the story of Bhadravati, a princess who lived sometime in mid 19th century Bengal. According to one version of folklore around her, she gets separated from her lover because of the evil designs of a jealous king. Her search for her lover proves fruitless and she commits suicide. Bhadravati or Bhadu Devi is worshipped through songs, dance, fairs and cultural programmes in the month of Bhadra (mid August to mid September). On the last day, her idol is immersed in a river. Songs, mainly on fulfillment of wishes for a happy marriage or birth of children, form the main attraction of the festival in which both professional artist groups and amateurs take part.


While the festival is largely observed by women, including unmarried ones (Bhadravati too was unmarried), it has been adopted over the years also by trans women, some of whom join small Bhadu artist groups as performers (particularly in Birbhum district). This process has its share of hurdles posed by social stigma and marginalization around gender non-conformity. But today the bigger concern is the survival of both Bhadu as an art form in its original essence and that of its performers (whether trans women or others). The onslaught of modern-day entertainment seems all encompassing and apart from some efforts by the artistic community and the government, Bhadu seems to be losing out to cinema, TV, internet and mobile phones.

One contribution towards sustaining Bhadu as an art form is that of Debgopal Mondal, 26, a filmmaker still learning the ropes in Kolkata. His roots are in Uchpur village, near Sainthia town in Birbhum district. Not only is he a ‘son of the soil’ but also identifies and bonds closely with the transgender Bhadu artists in terms of gender non-conformity. Debgopal Mondal is making a feature film that apart from focussing on Bhadu, also tells the story of a few trans women who face countless trials and tribulations both as trans women and as transgender Bhadu artists. The story (as it stands now) has a sad ending, but not without a strong glimmer of hope that social attitudes towards gender diversity will change.

Debgopal Mondal is supported by the Change Looms youth social change initiative of Kolkata-based NGO Prantakatha, though he started work on the film even before Change Looms started. As his Mentor for the film project, I had an opportunity to visit Sainthia, Uchpur and neighbouring village Nandulia on May 9-10, 2015 and keep a promise made to him a long time back. An earlier interview conducted with him can be accessed in the November 2013 issue of Varta. Debgopal Mondal and fellow traveller Prosenjit Pal have also contributed photographs to this photo-report. 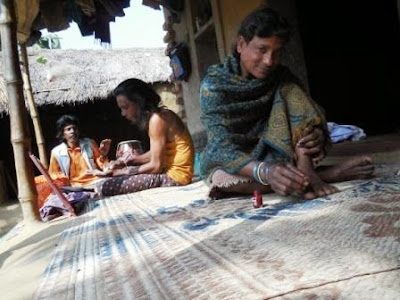 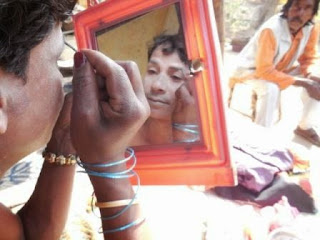 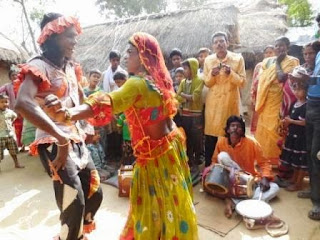 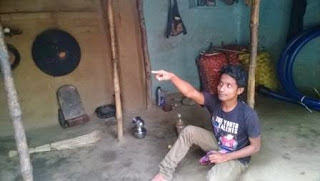 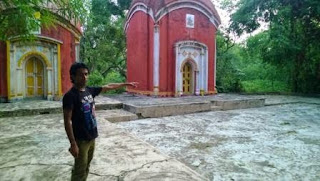