Every year, a couple of months before May, one feels trepidation: Will there be a new edition of ‘Kashish’ or not? If you have had a glimpse behind the scenes into the sheer amount of effort and hand wringing behind putting together one edition, you would understand why the apprehension. But each year ‘Kashish Mumbai International Queer Film Festival’ not only happens, it also grows bigger in scale in what seems on the face of a miracle. Festival Director Sridhar Rangayan has a zest for cinema and an indefatigable passion for lesbian, gay, bisexual and transgender (LGBT) equality, which is probably why, come May, one knows that ‘Kashish’ is definitely on, come hell or high water. Of course, it must require Sridhar Rangayan to summon all of his will power and tap into all of his goodwill to bring together an ever-growing band of friends and queer allies, starting with festival co-organiser Humsafar Trust and festival patron Shyam Benegal.


Long queues and house full signs have been a common sight outside the festival auditorium. Not this time. Because the main venue of the fifth edition of ‘Kashish’, which was held May 21-25, 2014, had almost five times last year’s capacity of 200. The average attendance was 500, more than double, according to Vivek Anand, Chief Executive Officer, Humsafar Trust. Yet, as always, almost everything about ‘Kashish’ seemed just as professional as a ‘commercial’ (not sure if the word ‘mainstream’ is appropriate here) festival, and it worked almost like clockwork, thanks to an efficient band of volunteers at the venue, who were really the festival’s backbone. 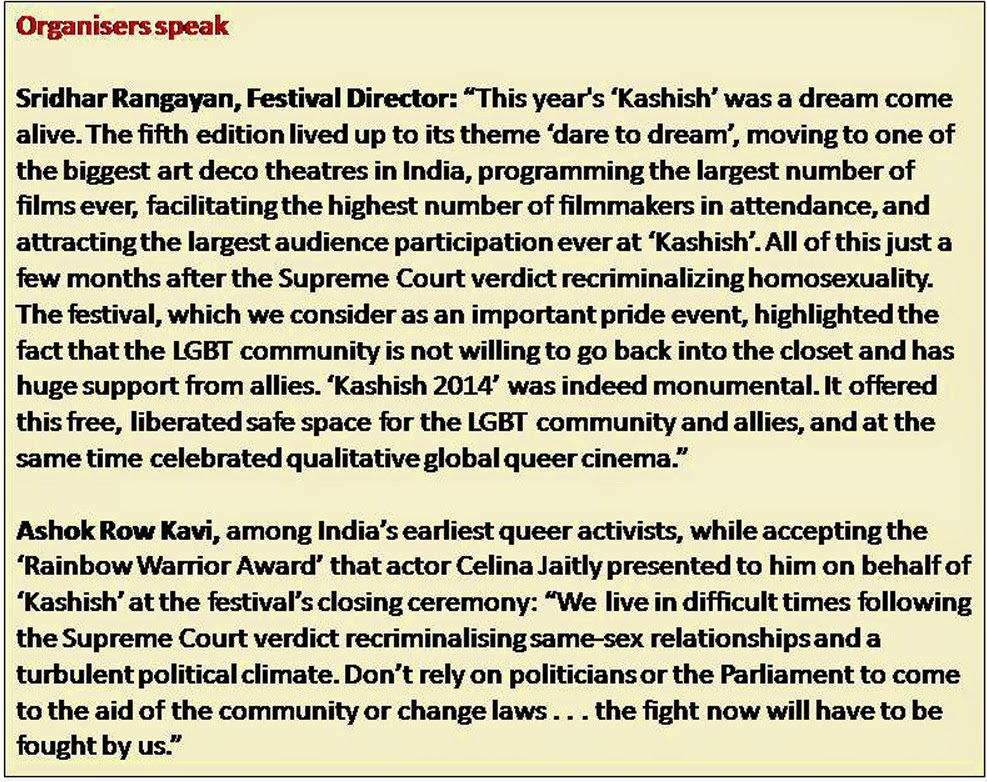 Despite the growing audience and unlike other major festivals, the atmosphere at ‘Kashish’ is relatively convivial and almost intimate, because a sizeable section of the viewers are acquainted with each other as well as the organisers. The audience tends to be more vocal in its reception to a film even as the screening is on, which can be a major downside for a viewer who doesn’t wish to miss the following moments in the noise of the expressive crowd. Well, one can’t have it all, as they say.

For the serious cineaste, the festival poses certain other unavoidable dilemmas. Chiefly, which movie to pick out of the non-stop buffet on offer? As many films tend to be small, independently produced films, it is often pointless trying to find any information on Internet Movie Database (IMDb) or for that matter anywhere online. One can only go by the information provided in the festival catalogue and one’s fallible instincts. To compound matters, this year the main venue (the grand old Liberty theatre, appropriate in many ways but not least the reference to what we yet crave) and the secondary venue (Alliance Francaise de Bombay), though in the same locality, were a 15-minute walk apart in horribly-hot-and-humid South Mumbai. But ‘Kashish’ helpfully offered a list of its own top 10 picks. 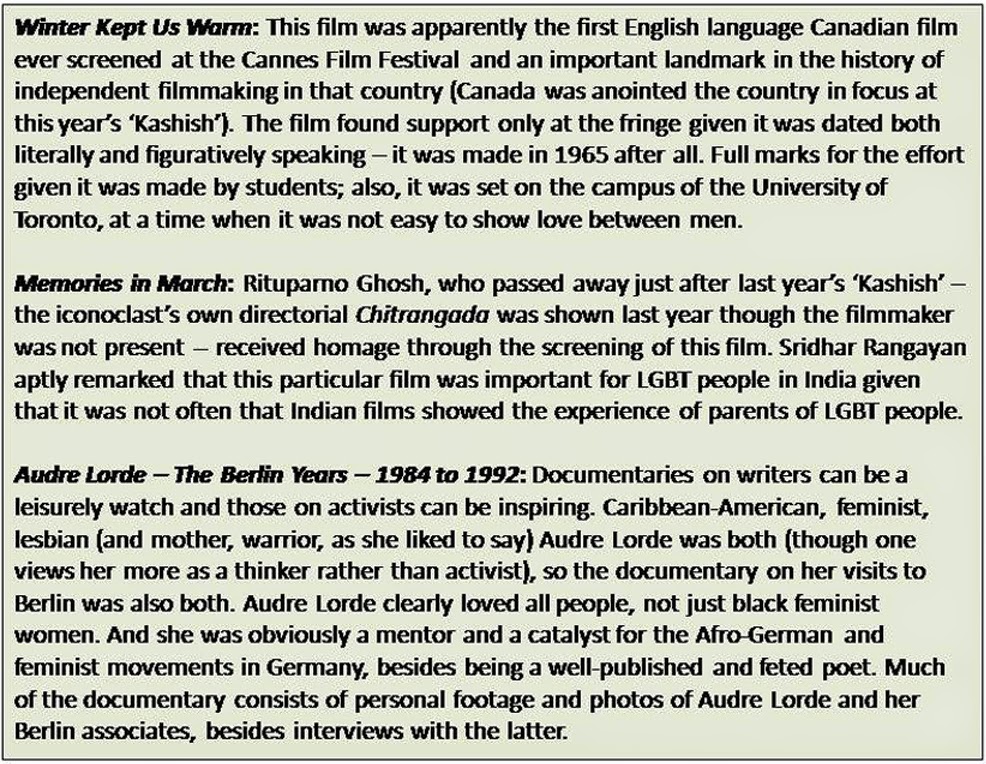 Our other grouse with ‘Kashish’ is that none of the films are repeated – if you miss any film, you can’t see it at the festival again. And the frenetic pace of the festival doesn’t allow you to savour what your eyes have just feasted on, unless you are willing to give some films a miss. Heck, there’s only enough time between films to grab something to nourish your body. The good news is that the organisers are considering repeating at least a few of the films from the next edition of the festival.

In general, based on the experience of this edition alone, one can say that ‘documentaries > short fiction > narrative features’. Of course, there can be exceptions that upset this equation, such as the opening-night film, Out in the Dark (see inset). And one would rather be inside the auditorium watching whatever’s playing instead of listening to a panel discussion, unless one has extraneous compelling reasons to attend the discussion. 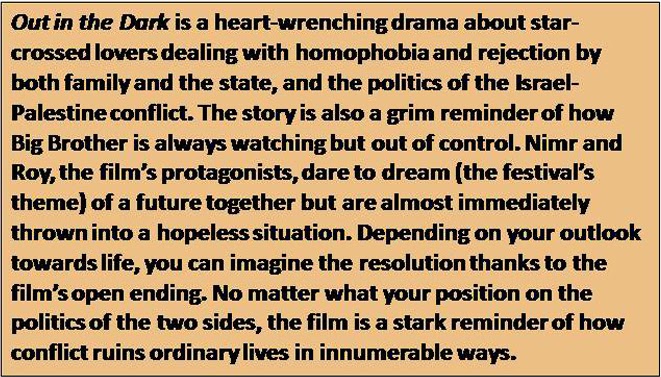 One admits to some biases -- in favour of documentaries because of their rich archival and reference value, and against feature films that in particular aim to entertain, because they usually fail to match up to those standards. Even discounting the bias, one would say that the closing night feature John Apple Jack tested our patience, in stark contrast to the swell of emotion stirred up by Out in the Dark.

These two feature films bookended about 150 other films from around the world that represented the range of cinematic achievement and queer representation. One would rather not list the range of identities and sexualities, or the styles of filmmaking that one saw, and the range of feelings one felt because that would be a rather clinical exercise. However, queer filmmaking, especially in India, is yet to find its feet and be on a par with filmmaking in general. That does not reduce the value of the many unique stories that the Indian films at the festival had to tell. But one yearns to watch more films from South Asia such as Frangipani, Between Dreams and Waking and Will this Change. 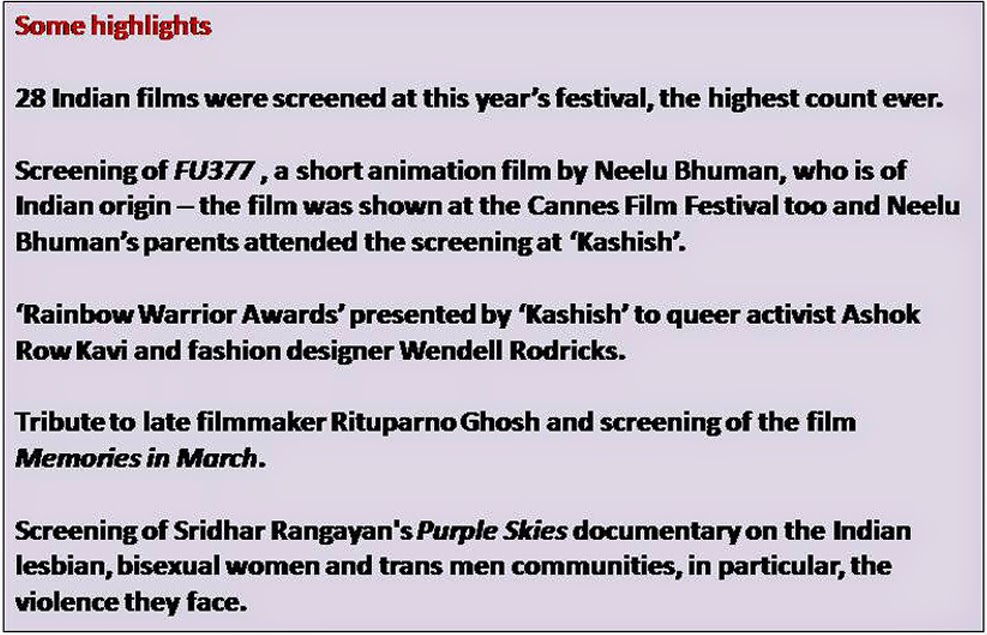 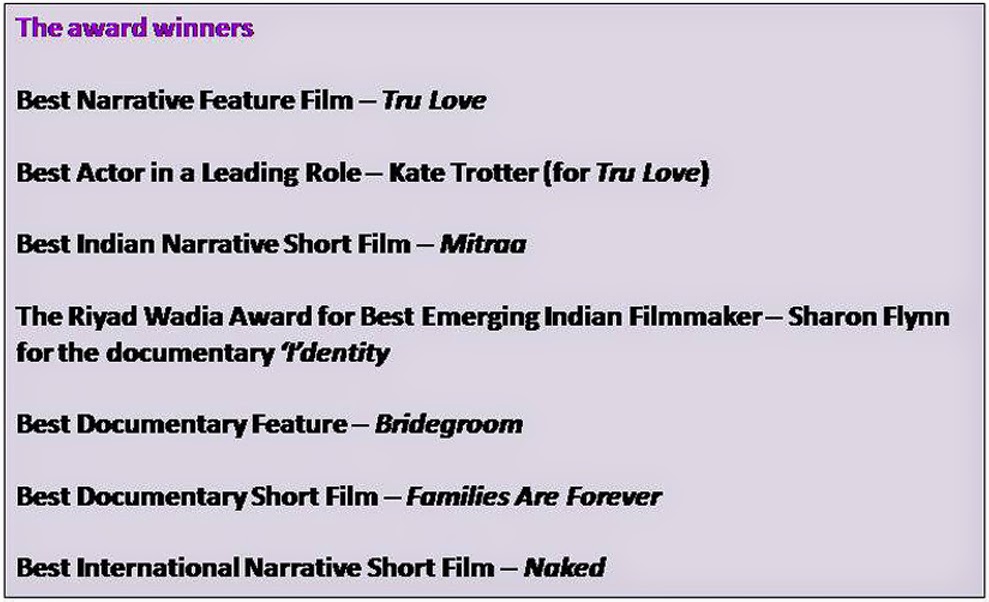 ‘Kashish’ has become a unique platform to showcase such work and a catalyst for wider exposure to these films – whether this takes the form of its tie-up with the Iris Prize (Cardiff’s international LGBT film award); mini ‘Kashish’ screenings at educational institutes, corporate houses and LGBT pride events in Mumbai; or special edition DVDs of short films shown at ‘Kashish’. So like the theme of this year’s festival, one hopes more filmmakers will dare to dream and share their stories, whether at ‘Kashish’ or elsewhere.

Nitin Karani believes in both social and economic liberty of the individual as well as a small State. He writes on LGBT issues in both print and digital media in his leisure time. He used to blog at queerindia.blogspot.com.