On March 17, 2015, the Supreme Court of India struck down a Government of India decision to include the Jat community in the Other Backward Classes (OBC), and said that caste can’t be the sole factor for inclusion in the OBC category. Instead, the apex court asked the government to prioritize “new and emerging” groups like transgender people for inclusion among OBCs and identification for reservation benefits.

While the suggestion to consider transgender people for affirmative action is consistent with the Supreme Court’s April 2014 judgment on transgender identities and rights, what is not clear is how the quota percentages will be worked out. Will transgender people have a quota beyond the 27% already reserved for inclusion of OBCs in central government jobs, admission into educational institutions or other benefits? What if a transgender person belongs to a community already included in the OBC category? What if they belong to a community that is not ‘backward’?
Read more »
Posted by Varta at 12:16 No comments:

In February this year, the Institute of Development Studies, University of Sussex, Brighton, UK published a case study titled Livelihood, Exclusion, and Opportunity: Socioeconomic Welfare among Gender and Sexuality Non-normative People in India. Authored by Pawan Dhall of Varta Trust and Dr. Paul Boyce of the Department of Anthropology, School of Global Studies, University of Sussex, the case study was published as part of the ‘Sexuality, Poverty and Law’ programme of the Institute of Development Studies with funding support from the Department for International Development – UK. In particular, the case study looked at the situation in Manipur and Odisha states, where All Manipur Nupi Maanbi Association (AMaNA), Imphal and SAKHA, Bhubaneswar, both state-level queer support forums, facilitated the data collection.

This case study explores the socio-economic experiences of queer individuals and communities in India, especially their access to social security measures. Even as the debate on the compatibility between economic growth and economic redistribution continues, prevalence of gender inequity and contradictions in the legal environment in relation to gender and sexuality non-normativity complicate the scenario further. A plethora of government poverty alleviation programmes notwithstanding, hetero-normative definitions of gender, marriage and family at the policy level, and legal stigma (criminalization) continue to exclude people with non-normative genders and sexualities from economic benefits. Specific community, civil society, donor and government responses to economic exclusion do hold some promise. The case study outlines immediate and long-term recommendations for all stakeholders to ensure large-scale economic inclusion becomes a reality for gender and sexuality non-conforming people in India. Extracts on key findings from the case study follow. 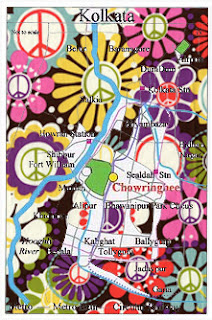 Debates are pivotal to human development. Whether it is women’s suffrage or finding a cure for AIDS, debate has been integral to addressing key social concerns. These include the issues of stigma and discrimination lesbian, gay, bisexual, transgender, intersex and other queer communities in India have to grapple with. I was part of a recent debate on the quality of media portrayal of queer people, which is a sensitive issue and has often been prioritized by queer activists as an area of intervention. The debate was organized by Sappho for Equality, a Kolkata-based community initiative dedicated to fight for the cause of lesbians, bisexual women and trans men (female-to-male transgender people). The motion for the debate was ‘Media Sensationalizes LGBTIQ Lives’.
Read more »
Posted by Varta at 01:15 3 comments:

Email ThisBlogThis!Share to TwitterShare to FacebookShare to Pinterest
Labels: Homophobia, My Story

Guwahati witnessed a colourful and energetic ‘North East Pride 2015’ on February 15, 2015, which attracted around 200 participants from all north-eastern states and other parts of India. Commencing at Dighalipukuri, the second queer pride walk hosted by the city in two years merrily made its way to the end point at Guwahati Club Rotary Point. Apart from the usual revelry of music, dance, slogans, rainbow flags and banners that mark most pride walks, poetry reading sessions, display of posters with sketches, and rousing speeches by human rights activists calling for an end to gender injustice of all kinds made the event – to quote from the event’s invitational material – very much a “people’s pride”. 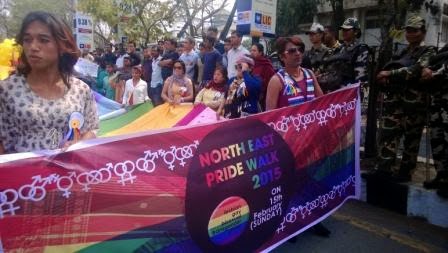