Vigils for trust and kindness

I had forgotten many details of this family story from the time of India’s partition in 1947 – till a cousin sister recounted it recently. My late father, then all of 19 and unmarried, along with his younger brother and parents, lived in Shorkot town in the Punjab now in Pakistan. A time came when they had to leave home in a rush and take refuge in a camp within the town. Only to realize that they had left behind some valuables, which would have proved more than handy if and when they crossed the border.


“Ma, are there only two kinds of human beings – male and female and no more?” This was the question my daughter Suchetana asked me 14 years ago when she was four. As usual, I pretended to be busy (which I often did whenever she asked me difficult questions) and told her I would explain later.

I had to take help of mythology when I came back to her with explanations – since story telling was part of my daily routine when I was with her, I started telling stories from Mahabharata – so Shikhandi’s story was told and retold a number of times, as also those of Brihannala and Iravan. But I distinctly remember Shikhandi was a favourite with both of us.


Bhubaneswar, April 25, 2016: Trans women’s community groups in Odisha made an emphatic presentation of their demands at the observation of the state’s ‘2nd Transgender Day’ at Hotel Keshari in Bhubaneswar today. Odisha Law Minister Arun Kumar Sahoo was presented with a charter of demands for the formation of a transgender welfare board in the state, reserved seats in educational institutes, opportunities to participate in the political sphere, separate beds in government hospitals, pension for individuals above 40 years, and access to benefits under a number of social welfare schemes.
Read more »
Posted by Varta at 16:50 No comments: 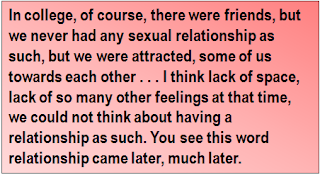 In this issue we bring you the first part of an interview with Suresh, 68, a teacher of marketing management who used to live in Kolkata till the late 1990s and is now based in a coastal town in southern India. Suresh talks about his early sexual discoveries and negotiations around relationships, never mind if terms like ‘gay’ didn’t exist back then.

The interview was conducted by Pawan Dhall over Skype on June 4, 2016, and later transcribed by the interviewer. 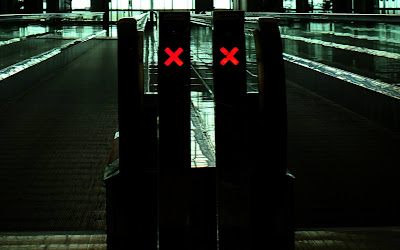 “The photographer is an armed version of the solitary walker reconnoitering, stalking, cruising the urban inferno, the voyeuristic stroller who discovers the city as a landscape of voluptuous extremes” – Susan Sontag, 1977