Filmmaker, actor, writer Rituparno Ghosh decided to bid an unceremonious goodbye to this world just like that – leaving many of us with an acute sense of loss. S/he had just about started to blossom with her / his gender queer personality as an actor-director, and – gone! As far as serious queer representation is concerned, we are left with only one film directed by Rituparno: Chitrangada: the Crowning Wish. And, of course, there are Arekti Premer Galpo (Just another Love Story), directed by Kaushik Ganguly, where Rituparno played the central gender-queer character, and Sanjoy Nag's Memories in March.

Chitrangada and Arekti Premer Galpo have two major themes in common. First, other than the central androgynous character played by Rituparno, each deals with a love triangle – involving a man, a woman and a gender-queer person who has a male body, but defies the set norms of masculinity. Second, in both the films, the climax centres around the woman conceiving.

In Arekti Premer Galpo, Rituparno plays a transgender film director (Roop) in a relationship with the cinematographer, a married man. The wife takes centre stage towards the end of the movie when she approaches her husband’s lover to announce that she is pregnant and needs her husband’s full-time attention, therefore. The transgender lover understands and steps out of the relationship; the man mourns the loss, but also accepts the need to return to his wife and his duties as the father-to-be. This, of course, is an extremely simplistic encapsulation of that rather engaging film, but this crux is what is important for now.

This film manages to sharply and variedly highlight the pivot of patriarchy and its gender norms without jargonising it, through the age-old formula of a love triangle. It is the man – by birth, identity and behaviour – who has two romantic and sexual partners. The degree of social permissiveness and acceptance that men enjoy within patriarchal norms about multiple sexual relationships is brilliantly portrayed in a nuanced manner through the wife and the transgender lover’s unquestioning acceptance of the man’s dual relationship – while they both remain ‘faithful’ to him. Why no point of departure from the ‘devoted and loyal wife’ syndrome in this otherwise radical film? An unanswered question.

The sequence where the wife appears is poignantly complex. The wife obviously knows about this other relationship of her husband, but she had not considered stepping out of the marriage. Rather, she conceives and that becomes her route to getting her husband back. A regrettable reinforcement that a wife needs to become the mother of her husband’s child if she wants to keep her marriage going.  But, notably, she approaches the lover with the news first, rather than her husband. Because she knows that the man is weak enough to be unable to break the relationship unless his lover does? Because she knows that the lover will understand because she is at heart a woman? Or, is it because she wants to taunt the gender-queer person with the one thing that s/he can never do for the man – getting pregnant? The possibilities are many and that’s the beauty of the sequence. And, it is worth noting that two women – the wife and the transgender lover – decide between themselves for the man. A price he needs to pay for the privileges he enjoys as a man within patriarchal systems?

The gender-queer lover deciding to shave her head and give up cross-dressing, after the breakup, emphasizes with mastery two radical anti-patriarchal statements. One, that gender identity does not need to be expressed through the adoption of known and accepted forms of dressing and hairstyle; androgyny can create its own repertoire of expressions; and two, that it is important to remain true to oneself, rather than spending time, energy and resources to be included within known paradigms. 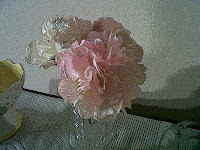 Chitrangada: the Crowning Wish almost begins where Arekti Premer Galpo ends. The director-actor appears in this film as a renowned gender-queer dancer (Rudra) directing a production of Tagore’s dance drama Chitrangada, with a notably original interpretation. Tagore uses the Chitrangada-Arjuna love story from the Mahabharata to weave an opera highlighting how there is more to femininity than the kind of physical beauty that tinsel town and dream merchants of commercials have us believe.

In fact, the dance drama ends with a song that has lines capturing the sentiment of feminist slogans worldwide. Chitrangada, the princess of Manipur, was brought up by her father to become a skilled hunter, warrior and administrator – least bothered about so-called feminine beauty. However, when she falls for Arjuna, her lack of so-called femininity fails to attract him. She then prays for a boon from the Hindu god of love and lust – to become a beautiful woman just for one year. What follows is a period of love and merrymaking, till Chitrangada realises the futility of her charade and asks the Hindu Cupid to take his boon back. She wants Arjuna to accept her as she is, or not at all.

Rituparno uses Tagore’s play at two different levels. In the production that the transgender dancer directs, Madan, the Hindu Cupid, is a plastic surgeon who grants Chitrangada her wish to be beautiful. In real life, the dancer-director is going through the process of a sexual reassignment surgery. We meet her / him as one who already has silicone implants for breasts, and is in a nursing home waiting for the rest of the surgical process to be over. S/he’s doing it not so much for self, as for the lover who loves children – to be able to adopt a baby together as a couple.

The man, a druggie, falls for a woman in the dance troupe while the transgender person is in the nursing home. He is happy; he leaves drugs and goes through rehab to become clean and is ready to marry and start life afresh. A thought-evoking line from this man: “I loved you as you were. If I have to be with a woman, I want a real one – not a synthetic one like you.” A bold, radical way of stating that adopting stereotypical womanhood may well be counter-productive. At this point, the dancer-director decides not to undergo the surgery and requests the surgeon to take out the breast implants as well. Once more, there is a clear statement – make changes to your body only if you want to, not for someone else.

The way the relationship between the androgynous dancer and her parents evolves is beautifully portrayed in the film. How the father, in particular, comes to terms with his child’s gender queerness and how the mother facilitates that process. An unforgettable moment in the movie is when the father asserts that it is natural to want a male child to grow up as a son / boy and the mother counters with: “Whatever is the child’s nature is natural for her / him, isn’t it?”

What happens around the man’s lady love conceiving and refusing to keep the baby is jarring, though. The child-loving man, of course, is devastated; goes back to drugs and comes to his gender-queer lover for some money to facilitate the abortion. Why could the dancer not ask just one radical question here: “Isn’t it the woman’s right to decide, since it’s her body, after all?” In glorifying the man’s sentiments, the film stops short of being truly radical in terms of critiquing patriarchy. Had Rituparno lived, these sentiments echoed by many radical women left disappointed would have reached her / him. But now, there’s just a void.