Madhuja Nandi interviewed participants of the first ever rainbow pride walk in North-East India held in Guwahati on February 9, 2014

“I truly felt my prayers and wishes come true when I participated in ‘Queer Pride Guwahati’. I had always wanted a queer pride at the north-eastern level as North-East India has almost remained hidden when we speak about lesbian, gay, bisexual and transgender issues and it’s only Manipur in the forefront that has been open to talk on this issue. Our Seven Sister states have got diverse cultures and ethnicities with their own cultural norms. It was difficult for each state to organize a queer pride walk on their own but deep in my heart I felt that if we could all come together and walk united, we could do it and we have done it! It was a very proud moment for me to walk with pride – that’s all I can express.” – Rebina Subba, an advocate from Shillong, Meghalaya.

On February 9, 2014, Sunday, 10 am, the Indian queer movement added a new chapter in its history of a little over two decades when the first North-East India rainbow pride walk started from Dighalipukuri in Guwahati and made its way to Ambari. The event was organized in Guwahati because the place is known as the Light of the East (Pragjyotishpur) and Gateway of the North-East. 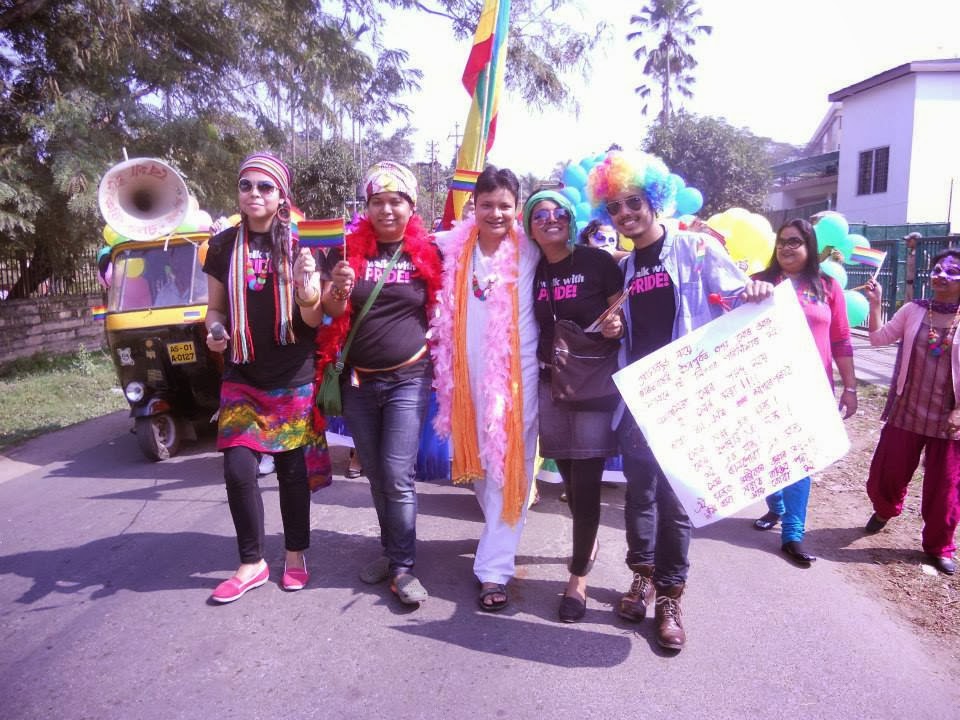 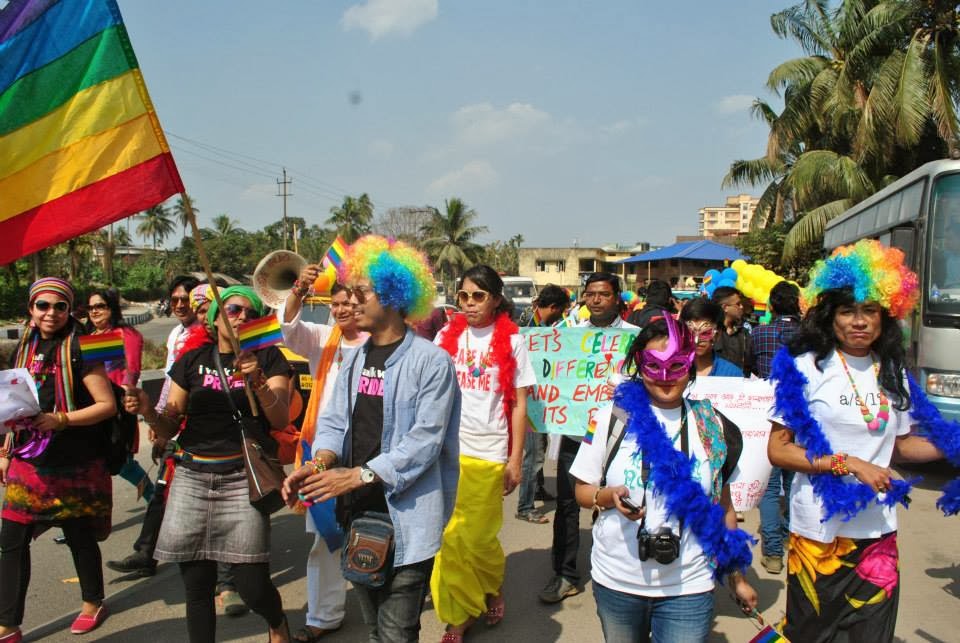 Apart from a protest against Section 377 of the Indian Penal Code which preceded the rally, the emphasis of the rally was on breaking the silence on queer issues in North-East India. The rally attempted to sensitize the masses about the existence of lesbian, gay, bisexual, transgender and Hijra communities in North-East India and their rights. Around 150 people participated in the rally, among them about 100 from Assam, and the rest from Delhi, Manipur, Meghalaya and Mizoram. Remarkably, many straight supporters and well wishers of queer people also participated in the rally. The high point was several queer activists from North-East India speaking out in the print and audio-visual media to make the community’s presence felt.

Equally significantly, this was perhaps the first rainbow pride rally in India where women dominated the participation. Not the least because the rally organizers received strong support from women’s rights organizations and activists. The ‘Global Day of Rage’ observed on December 13, 2013 in protest against the Supreme Court verdict on Section 377 across several cities, including Guwahati, also played its role in providing impetus for the ‘Queer Pride Guwahati’. 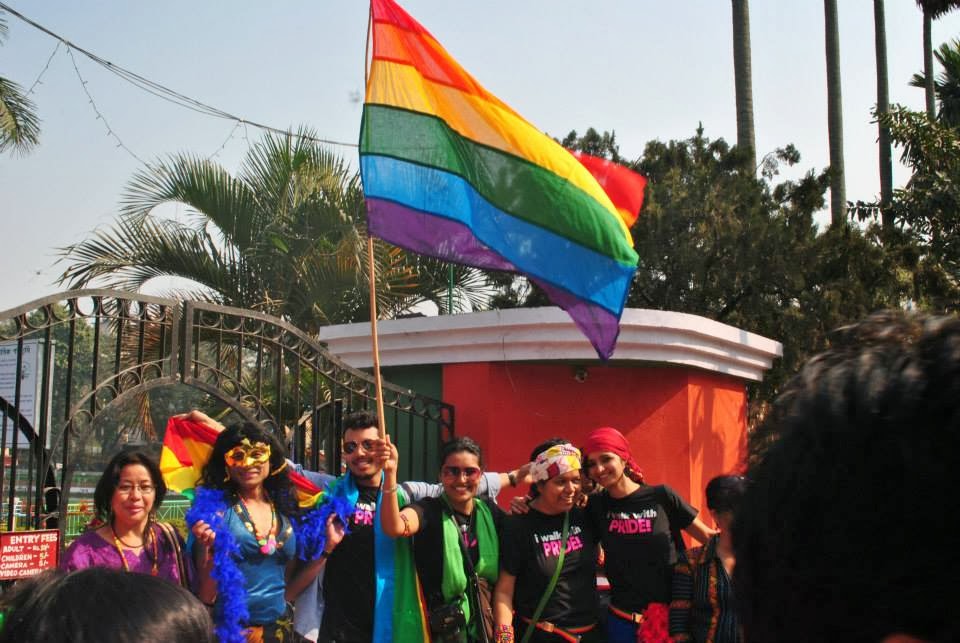 Banners, slogans, inspirational songs, colourful balloons – the rally had it all. But the organizing of the walk was replete with challenges. The key organizers were a small group of professionals, who had to make do with a severely limited budget. More seriously, just a few days before the event, a bunch of hooligans from a local fundamentalist group vandalized the office of an NGO that was approached by the organizers for support. The hooligans mistook the NGO to be the chief organizer of the rally. It is not clear what action was taken by the NGO, but fortunately, there was no untoward incident on the day of the rally. The organizers received good support from both Assam Police and the media.

Ultimately the event was not just about queer or regional pride. It was also a story of homecoming. Queer activist Mili Dutta’s story sums it up aptly. One of the main reasons why she moved out of Guwahati and later India was because she did not find a supportive queer community. Little did she imagine that one day she would walk with a rainbow flag in her hand through the streets of her hometown.

A tearful Mili Dutta recalls: “It finally happened, and it was like a dream come true. The rally meant I had found a true home right here in Guwahati, the city where I was born!”