The third (October 2013) and fourth (November 2013) issues of Varta carried a column called Star Quest, a series of photo-stories of individuals who may not be public figures like politicians, artistes, social activists or media persons, but have in their own way contributed to social equity and empowerment around gender, sexuality and related issues. For a variety of reasons, including priority given to other interview and photography based columns, Star Quest was discontinued. With the previous (October 2015) issue of Varta, we revived the column to continue sharing innumerable untold stories twinkling with inspiration! 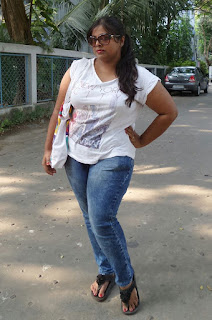 Star of the month: Sudeshna Basak, in her mid-20s, a resident of Kolkata (friends know her as Rupsha) and a former student of Presidency University, where she completed both graduation and post-graduation studies. She identifies as a cisgender bisexual woman, is married, and doesn't shy away from talking about her sexuality. But she wasn't always like this.

Her self-realization about being bisexual was “a process that went on forever”! But with Internet and more importantly Facebook, she found a ‘label’ she could fit into. Though she believes that “labels are for jars and clothes”, Rupsha feels that to a struggling pre-teen such labels are important to form a self-image. She adds that she grew up in a heteronormative society that assigned her the ‘default’ sexual orientation of ‘heterosexual’, but deep down she always knew that she was more curious about the female body – more than any other girl she knew in her teenage years – and this was “definitely something to be hidden and suppressed”.

Rupsha was bullied when she was in high school. She reminisces, “High school was the most difficult period of life because I knew for sure I liked girls as well as boys, and my classmates definitely helped me a lot in feeling like a freak. I started retreating into a shell. I barely had friends. At that point, I either tried too hard or didn’t try at all. Soon, I found the best way to make friends – Facebook. I could choose who I became friends with. The people I talked to were not the ones I was stuck with but the ones I liked to talk to.” Facebook pages like Have a Gay Day helped her in the process of accepting herself.

Things improved gradually as she started attending college: “It was in the first year in college when I finally found a ‘label’ that fit me – bisexual. I felt more comfortable with myself but definitely not enough to open up. Being bullied in high school definitely did not help. The first person I needed to come out to was me. The first time I felt assured that I was not a ‘freak of nature’ was when a friend casually mentioned that she checked out girls. The second person I came out to was my boyfriend Rahul Ghosh, who later became my husband. He accepted me without any questions asked.”

Soon, Rupsha came out to a close college friend, who responded that she was already aware of Rupsha’s sexual orientation. “This was news to me!” says Rupsha. “Some girl who knew that I liked women did not refuse to sit beside me for the first time in my life. Very soon I came out to most of my friends through a Facebook post and I’m glad to say I didn’t lose a single friend.” 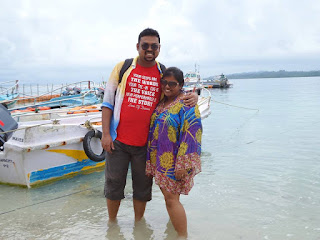 After she married in 2013, Rupsha gathered the courage to participate in the Kolkata Rainbow Pride Walk that year. Sometime later, she enlisted with a virtual community portal called Quora, where people can ask questions (anonymously if they choose) which other members of the portal answer. She started helping people struggling with their gender and sexual orientation as well as people who were just curious. Two questions that still pop up frequently are: "What makes one gay?" and "What is it like to be lesbian, gay, bisexual or transgender in India?" To the second question she most commonly replies: "It’s not as progressive like USA, but not as regressive as Russia, either.”

Rupsha believes that not just larger society but queer people too need to address their own biphobia in an open manner. She also thinks that queer people should be compassionate towards other stigmatized sections of society. She recalls how she was doubly stigmatized for being a bisexual woman and being diagnosed with bipolar disorder. She now looks out for people going through similar pains.

Kaustav Manna, a graduate in psychology, is a photography enthusiast and freelance writer.