It was just another day, bright and sunny. And there I was, ready to be witness to history being created. It was the 15th day of the month of March 2014 and the state of Manipur was proudly out on the streets of capital city Imphal flying the rainbow flag as a symbol of pride. It was the day of the first ever rainbow pride walk in Manipur. 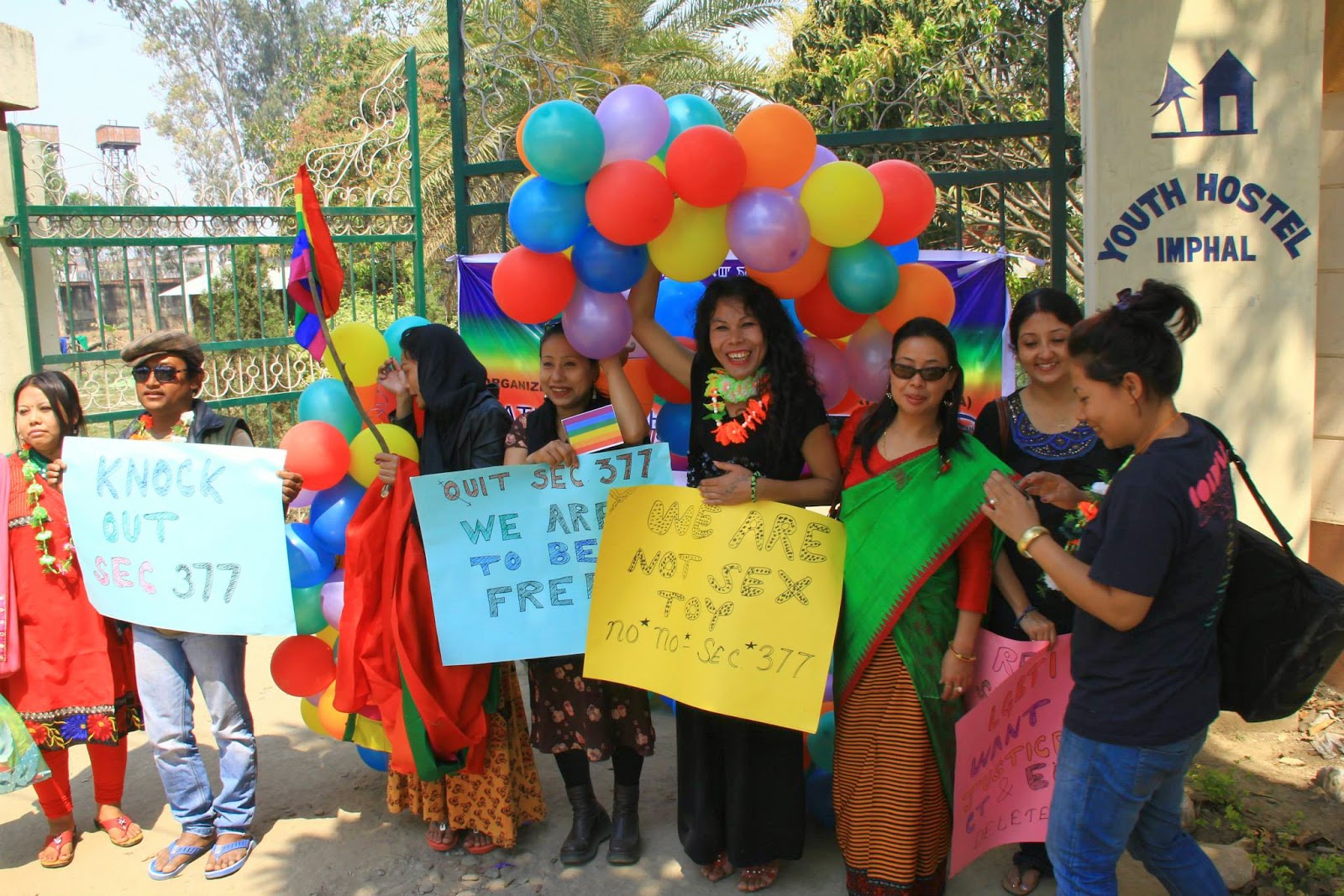 When I arrived at the starting point Youth Hostel, Khuman Lampak I found a few people trying to put up a banner in place. There were around 10 of them but enthusiasm can never be measured in numbers!

During a conversation, I heard that there was a big party the previous night and many of the participants were late in waking up. Just the perfect place for me to settle down, I thought! Soon a small vehicle with loudspeakers fitted in arrived along with another handful of participants. By the time we started our walk, there were around 40-50 people representing different queer communities and allies. 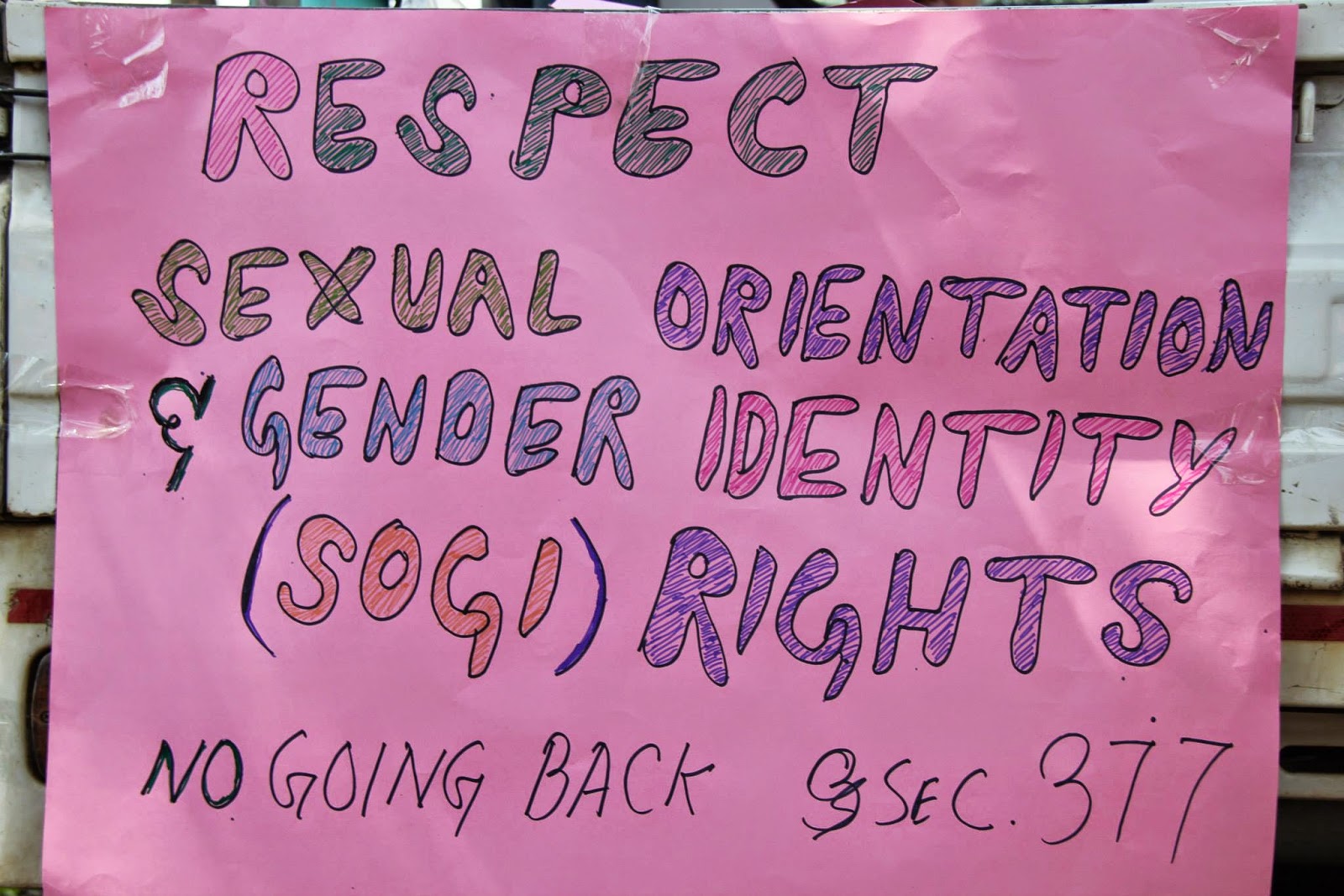 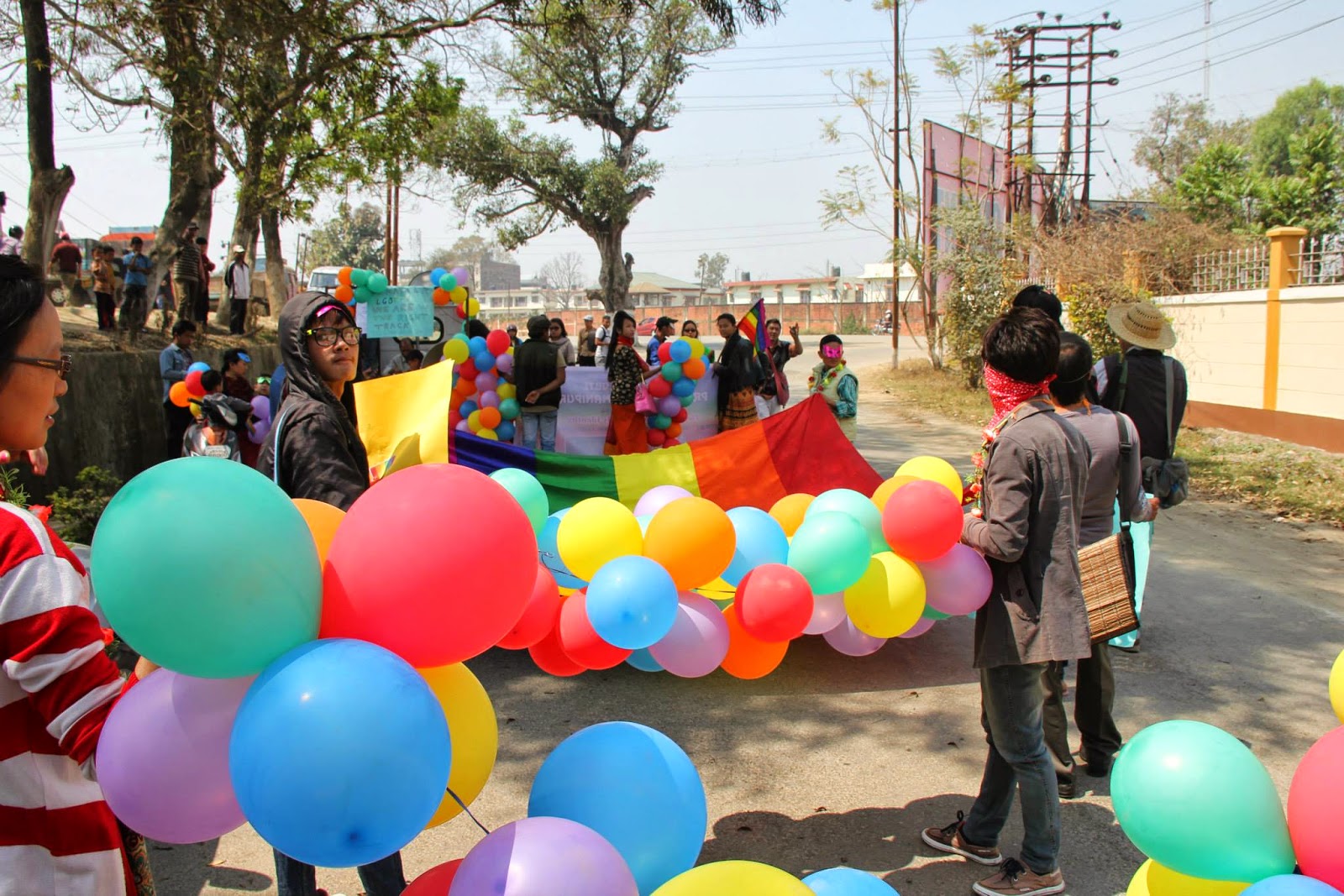 Thangjam Santa Khurai, the Secretary of All Manipur Nupi Maanbi Association (AMaNA), one of the main organizers of the walk, was dressed in black with garlands around her neck. She led the rally. I learnt that the trans women’s community was pretty visible in Manipur and many of them ran their own businesses of beauty parlours. However, the other sexually marginalized populations were not that visible and there were incidents of violence too faced by queer communities in the state. But there was no trace of gloom in the air as we meandered through the streets of Imphal towards our destination, Lamyanba Shanglen Palace Compound. 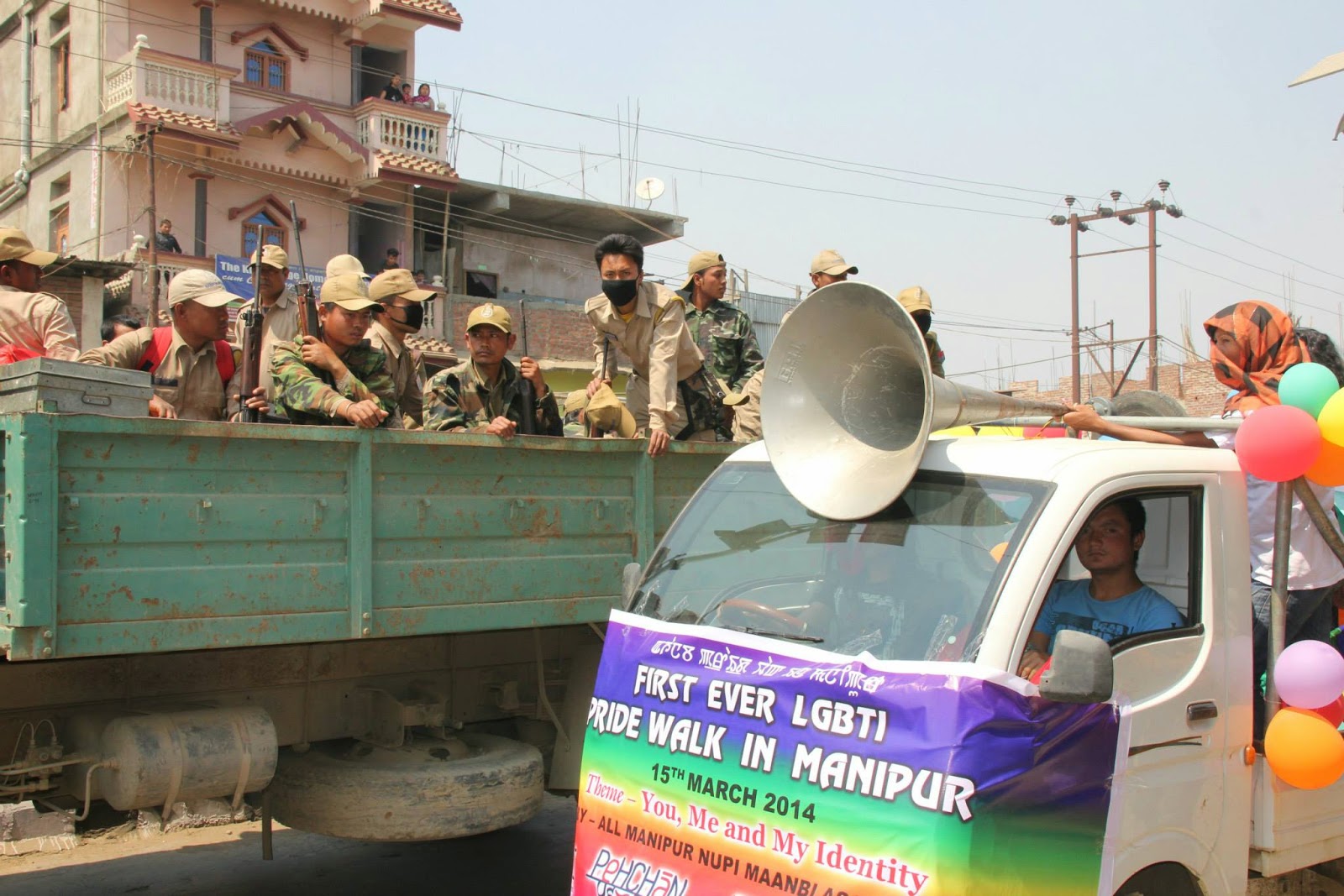 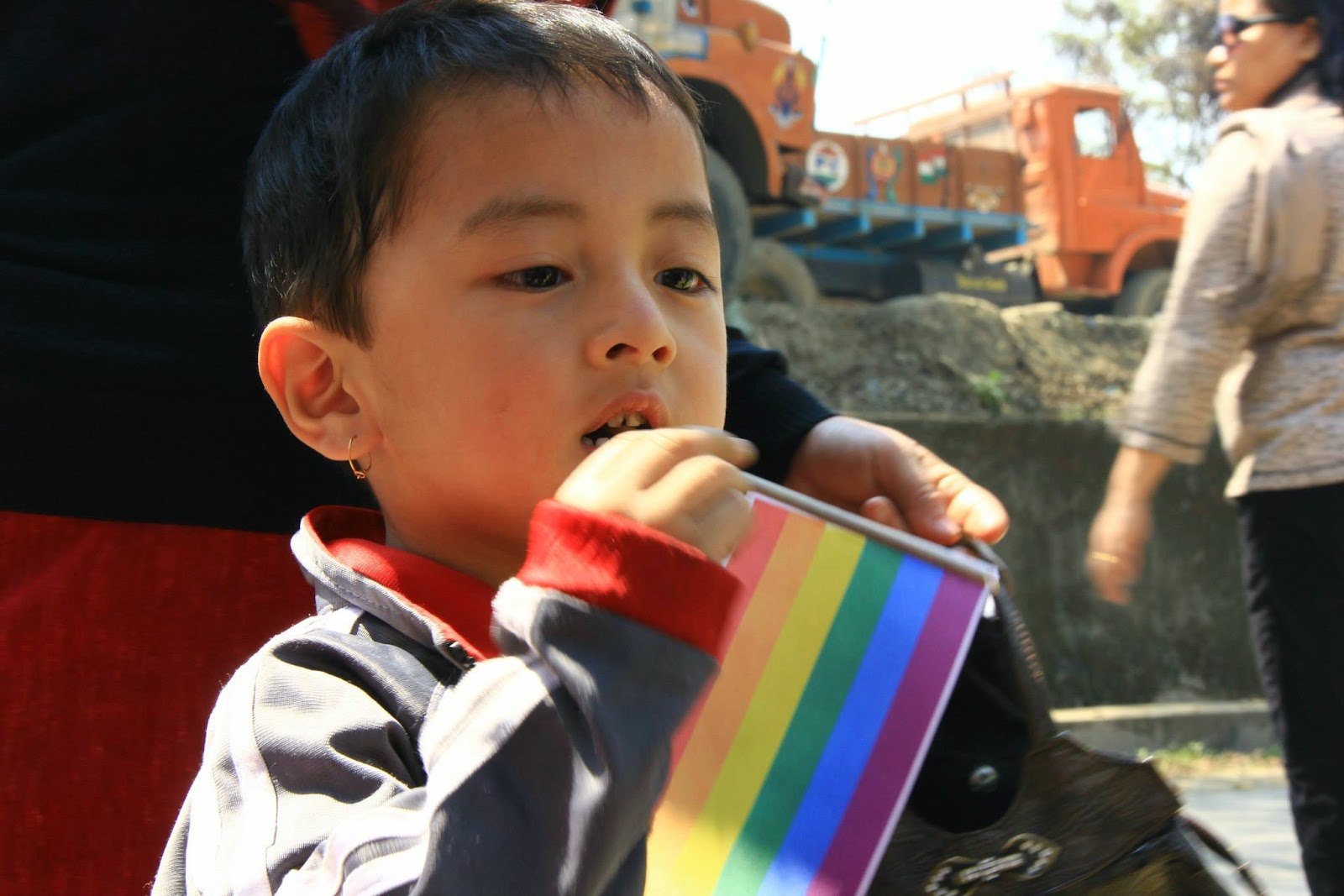 What was very disturbing to my unaccustomed eye was the presence of military personnel donning automatic rifles in the streets. I was immediately reminded of the great Iron Lady of Manipur, Irom Chanu Sharmila, whose birthday was a day before the walk. How much do we really know about the draconian Armed Forces (Special Powers) Act (AFSPA) against which she has been protesting for 14 years! It is time for India’s queer rights activists to align with other human rights issues in the country, to lend a supportive voice to other causes and be part of the mainstream politics. If we want to remove the stigma of the ‘other’, we have to first step out of the victim mode and take a proactive and aggressive step in the direction of aligning with other human rights movements. 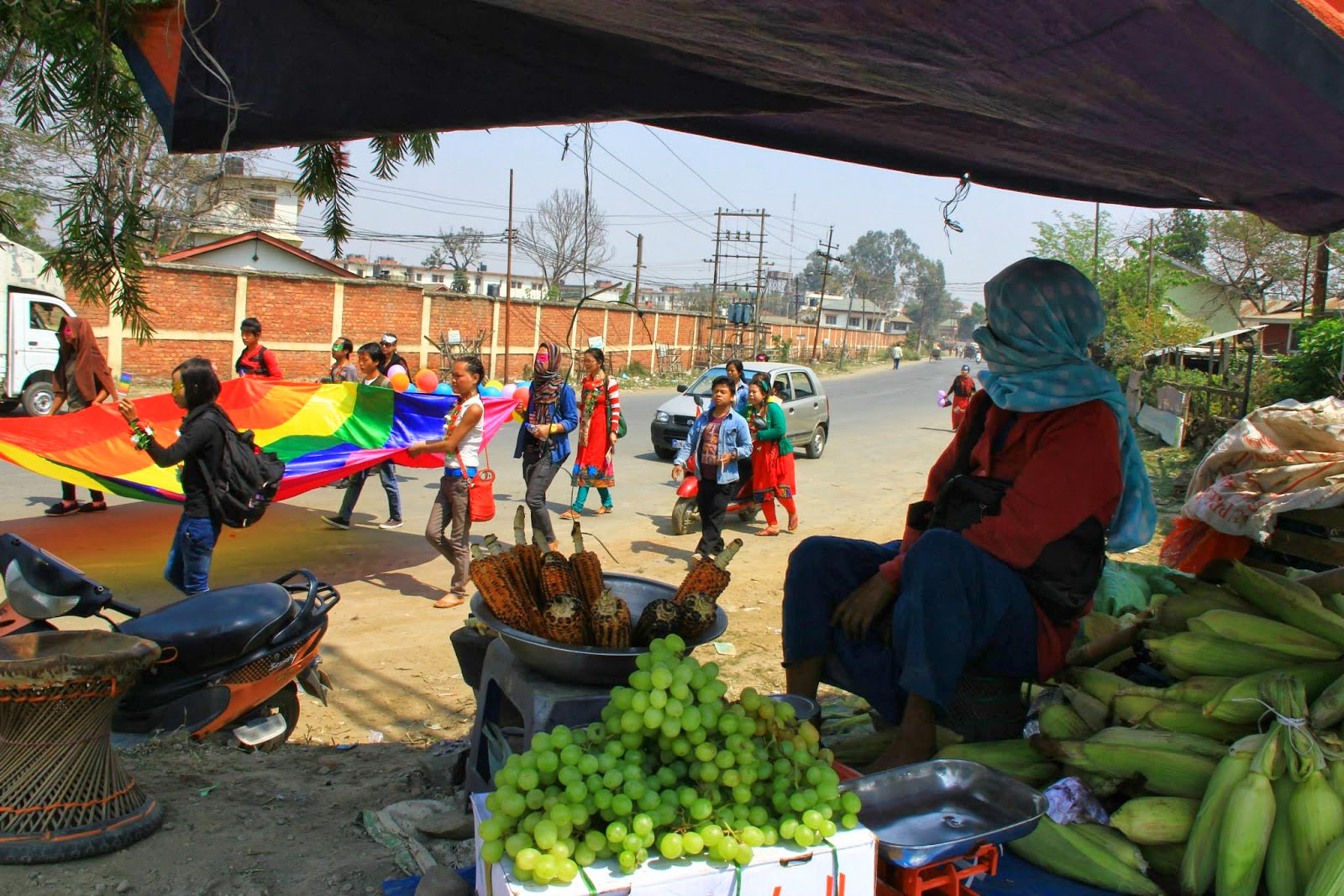 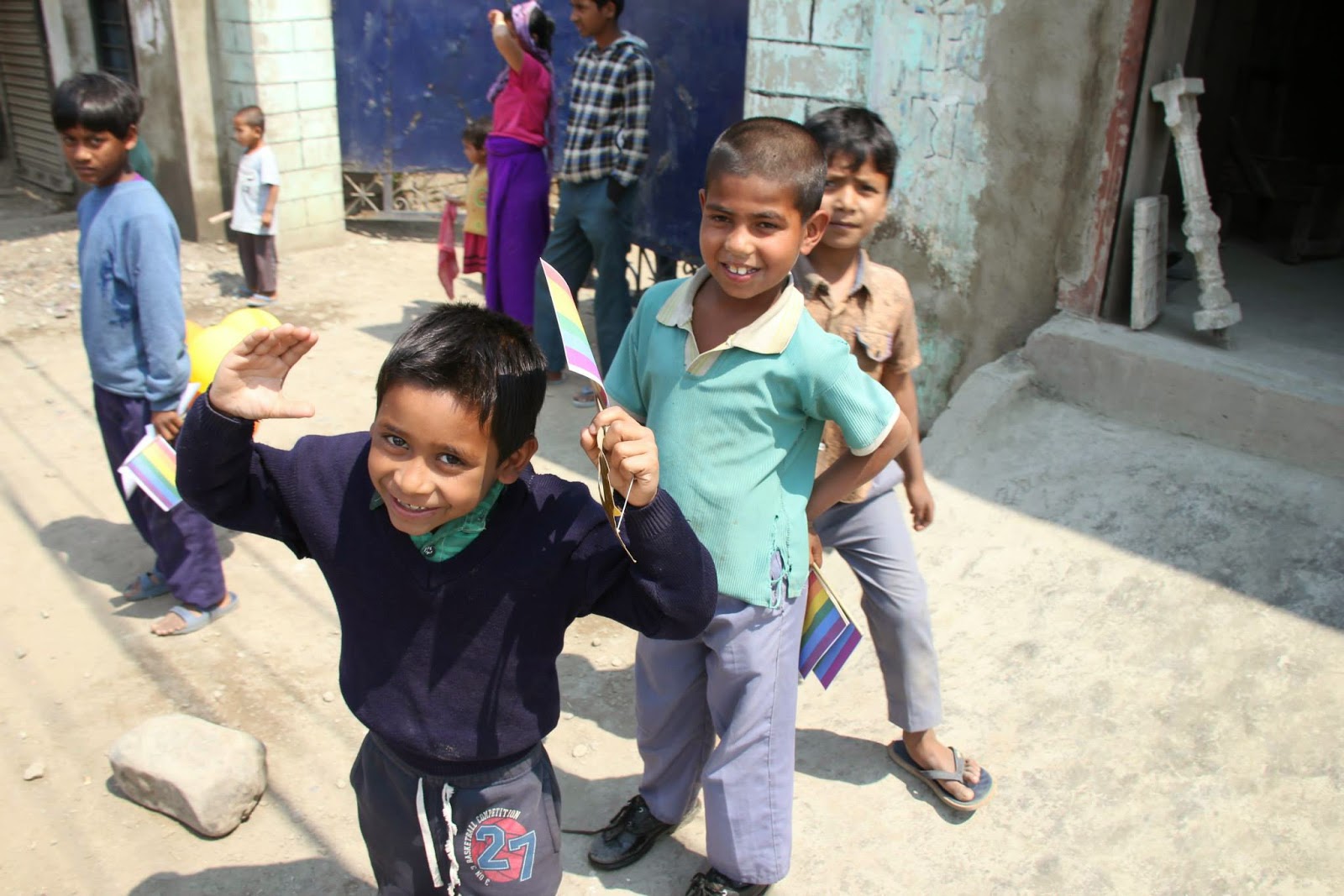 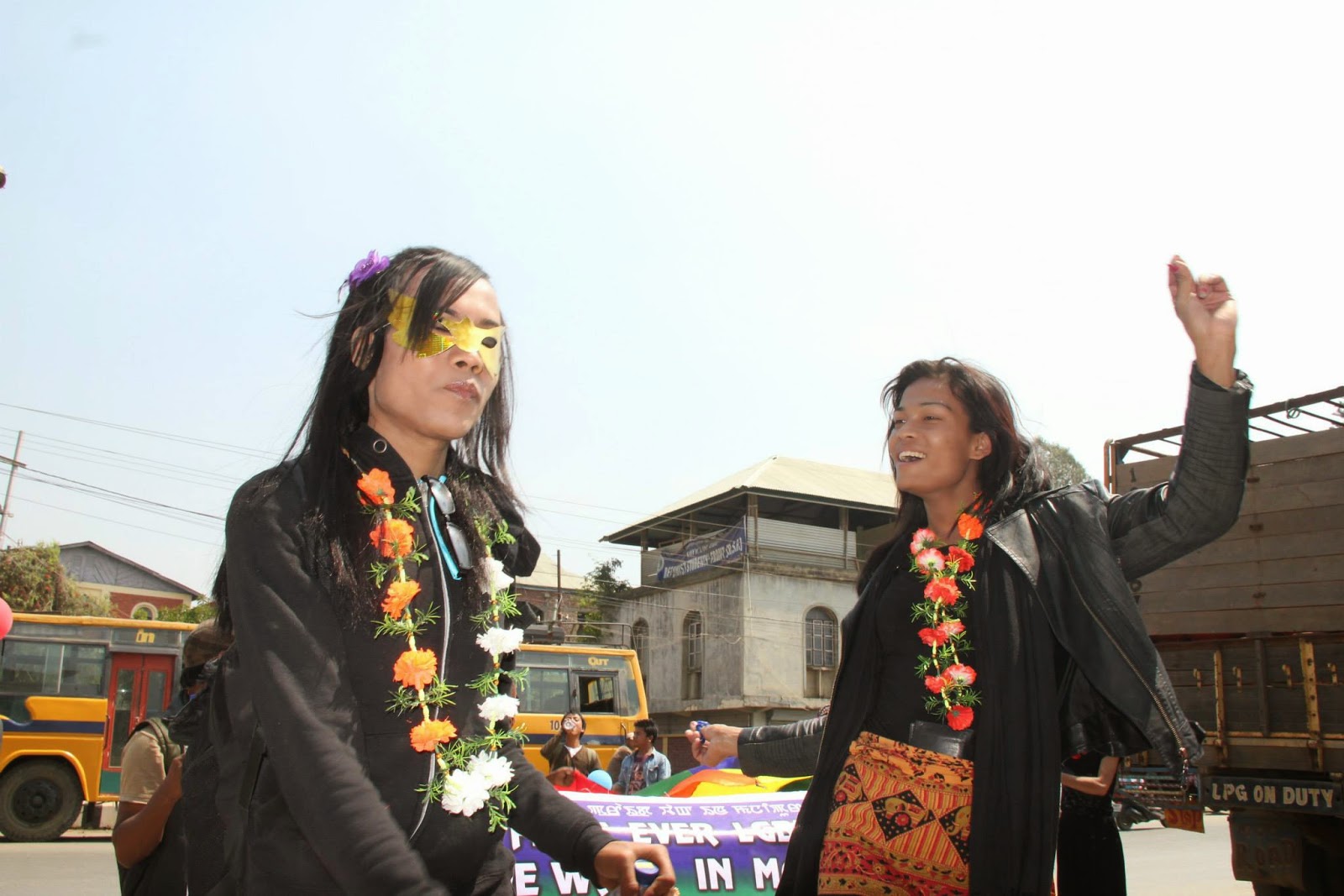 As the participants broke out in a frenzy of dance in the middle of the street at Lamyanba Shanglen Palace Compound, where the pride walk was to culminate in a state level consultation on Section 377 of the Indian Penal Code, there was a sense of satisfaction and achievement on every face.

We had walked the streets of a democratic country, proudly raising our voice against the oppression of the state and fighting to preserve the human rights of a ‘miniscule’ population, which had made it amply clear that it was not going back into the closet!

Kaushik Gupta is a lawyer by profession, a photographer by passion.
Posted by Varta at 00:26