My Story, Oct '14
Pallav Bonerjee on his tryst with psychology, people and destiny – the second in a series of personal narratives

I immensely enjoy the process of observing, not because a student of psychology is primarily taught to do so, but since observation by itself is a fulfilling activity. It does not require a formal set-up or high-end tools. It can happen anywhere! I have, since the recent past, started believing that the process of psychological support or therapy may follow a similar path. It is possible to develop a therapeutic alliance or rapport with an individual in the strangest of contexts, even in the absence of a conscious desire to do so and even then, it serves the purpose – of support and help, and may even be extended to change aspects of an individual’s behaviour. The only essential ingredient is the ability to empathise. 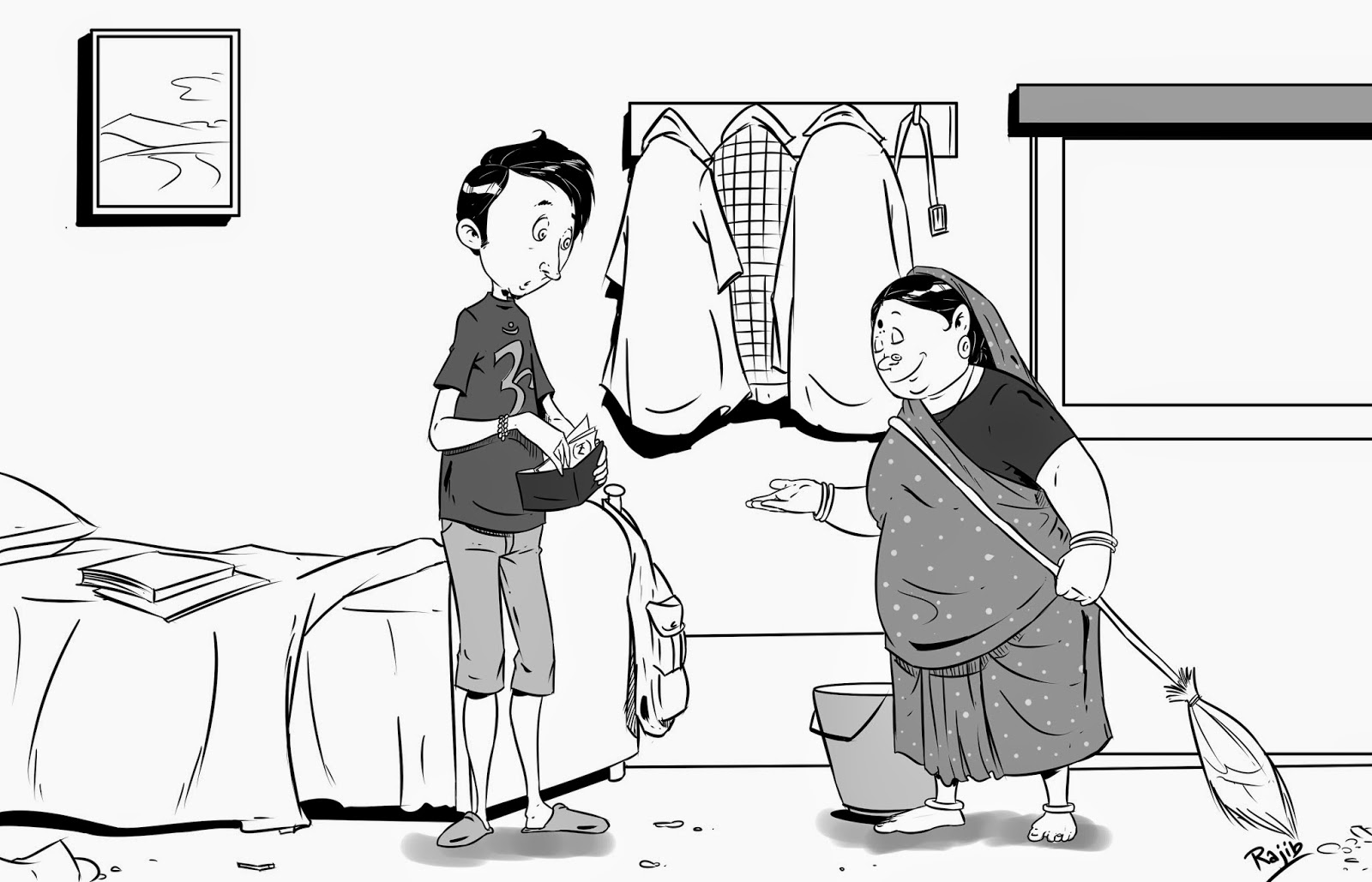 I moved to Delhi in October 2006 after completing my Master's Degree in Psychology, with the intent of preparing for the civil services examination. After enrolling in one of the better known institutes providing coaching for the preliminary exam in the Karol Bagh area, it was time to look for a place to stay. Options were aplenty. Every house in the locality was renting out rooms to students and brokers were swarming around like flies in a sweet shop. I chose a room quickly, without much fuss. It was a flat on the second floor with two other rooms, which were already occupied by other aspirants. What sealed the deal for me was access to a wide balcony overlooking the narrow by-lanes of Old Rajinder Nagar. The very first week of my entry, I was forewarned by both my flatmates. No, it was not about the approaching winters in Delhi, neither was it about the demanding schedule of the civil services preparations. The landlady of our apartment was benign too, and posed no major threat. It was the sweeper lady who was their nemesis.
Apparently, the only words she had in her vocabulary were ‘emergency’ and ‘need-advance-money-immediately’! She would ask for money frequently, for both valid and invalid reasons and nag the hell out of anybody who refused to pay her. Every month, she was apparently in some kind of emergency or the other, and would ask for payment much earlier than it was due to her. Most of the other flats had thrown her out of work because of her incessant ‘emergencies’, but that hadn’t really changed her much. Be it Holi, Diwali, Christmas, New Year, Janmashtami, Eid, Chhath Puja or Guru Nanak Jayanti, she constantly needed some cash and my flatmates featured high on her hit-list. I really didn’t know how to respond to this information, and was even more clueless as to how to handle such a nuisance. Therefore I decided to wait and watch. 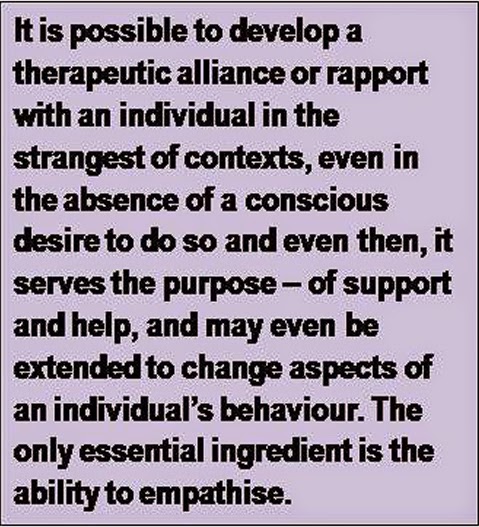 Every morning in our locality, almost a dozen women would appear early in the morning, armed with broken buckets and broomsticks of every possible size and shape. Their association was both professional and social. They would laugh and joke loudly, occasionally fight with each other even louder, play cards, buy vegetables from the local street vendors, have meals together and sometimes appeared to support and counsel each other as well. Their job was to visit their respective pre-designated households, collect garbage, clean toilets and sweep the narrow by-lanes (which most of the residents preferred to freely treat as garbage bins as soon as their domestic ones were full). They would work in a very organized and systematic manner and finally disappear in the afternoon. Their work ethic was flawless and they went about their work in a cool, business-like manner, displaying the rare professionalism that one pines to see in our government offices. One of them came to our flat as well and it was this particular lady who had petrified my flatmates for so long. In addition, since both my flatmates were from South India, they understood little Hindi and spoke even less. Since I had a working knowledge of Hindi, I was made the scapegoat to deal with her and not succumb to her regular demands. In short, I was meant to be their saviour!

Generally, by the time she arrived at our flat, both my flatmates would be out for their morning classes. Unlucky me, you would say, to have classes only in the afternoon. “Most unlucky,” I would say. My classes were scheduled during the worst time of the day – just after lunch. As the entire locality prepared to take their afternoon siesta, I would be walking down the road for my class, sweating profusely while the sun blazed mercilessly, as if enjoying my discomfort, almost smiling slyly. In any case, I couldn’t let my flatmates down. I understood that I had to deal with her. I took it as a challenge. How difficult could it be?

There was a sharp knock at the door at 9 am. I was just finishing breakfast. On opening the door I saw a woman, barely four and a half feet tall, squinting at me, a little unexpectedly. She did not look formidable from her stature, but her eyes had a distinctive brightness in them. She went about her work nonchalantly after a cursory enquiry about my flatmates and made an early exit. A week passed by without any significant interaction. My flatmates also seemed comfortable and did not bring her up in our daily conversations. Suddenly in the middle of the third week of the month, she didn’t show up for two days. Our garbage was overflowing by the second night. Thankfully, she turned up the next morning at the usual time. I charged her immediately, to which she replied that she had some minor ailment for which the doctor had advised her two days rest.

The story was plausible and I didn’t want to start up an argument, so I let it go. I told her that we were severely inconvenienced because of her absence and that she should fix someone else to collect the garbage for us on days she could not come. She gleefully agreed and seemed a little relieved at the fact that I had not pressed her for more details or dismissed her excuses. That day, I couldn’t help but notice that her smile was quite infectious, almost childlike. Before leaving, climbing halfway down the narrow staircase she turned around and without a warning, asked me for a hundred rupees. That was her entire month’s remuneration and there was still a week to go for us to pay her. I was in a fix, so I asked her to come the next day, knowing quite well that my friends would never agree to it. They didn’t. The next day, after work she again asked me for the money. Reluctantly, I paid her, but also told her that since we were students and financially dependent on our parents, this practice could not become a routine. She would have to wait for her pay till the end of the month. She seemed to understand my point and nodded her head.

The next day, she seemed a bit more at ease and asked me a few questions intermittently, while sweeping the toilet. She wanted to know where I was from and why I had come to Delhi leaving my family alone, back home. She told me about a local market nearby where the rates were cheaper for vegetables and fruits. She spoke to me, during the fleeting moments of her work at our flat, about her three children, about how students staying above our flat had not paid her for two months and left for good, how she slipped and fell in our staircase thereby fracturing her left knee when one of the earlier occupants of our flat had thrown soap water down the stairs in a bid to clean it, how Domex was better than Harpic, that the quality of broomsticks was steadily declining in the local markets, how our landlady’s cook stared at her every day, when she did their cleaning . . . All I did was to listen to her stories, in bits and pieces. I wasn’t sure how much of it was true, but I didn’t want to challenge any of them either.

I would give biscuits and éclairs for her children and sweets for her family even before she could ask me for money during festivals. I offered her a few of my old shirts which she said would fit her elder son. She readily took plastic bottles and old newspapers to sell and make some money. However, she did occasionally ask for money, though it was hardly anything like it used to be. Earlier, she used to demand; now she would merely request and it was far less frequent. I complied sometimes, at other times politely declined. Apparently, her husband ran away with another woman a few years back, never to contact her again. She supported their children and his infirm parents all on her own. It was strange to see how she accepted her life without any false hope of things getting any better than they already were.

One day she casually mentioned that she was born and brought up on the outskirts of Agra. She came to Delhi after her marriage. When I asked her if she had seen the Taj Mahal, she suddenly fell silent. Then slowly, she told me that she never really visited it, but from the terrace of the shack where she lived, the floodlights of Taj Mahal were visible in the evenings, all through the night. They had no electricity in the locality for most of the days. So, her family would spend their evenings mostly on the terrace which shimmered from the borrowed lights of Taj Mahal. It was there, against the magnificent backdrop of the ‘epitome of love’, that she had agreed to marry the person who had promised her a world full of dreams. They married against her parents’ wishes, as he belonged to a different caste.

When her parents found out about the marriage, they disowned her. She could never go back to them any longer. Now, her world revolved around her children and the team of ladies who worked with her. She wanted to educate her children, she told me, as I noticed her moist eyes not able to hide her despair. I was at a loss for words. She hurriedly wiped her eyes with the bright pink stole which hung around her neck and finished cleaning the toilet. On her way out, she suddenly stopped and turned around, as if to say something. I felt a little awkward, almost guilty as I had not said anything in response to what she had told me. I did not know how to respond to it and thought best to keep quiet.

I almost hoped that she would ask for some money and I would have gladly obliged. That was perhaps the only way I could help her and I wanted to. But she stopped short of speaking, as if inhibited by impulse, smiled faintly at my questioning face, mumbled a prayer or blessing at me, turned back and made her way out of the building with her bucket full of garbage and broomstick.

Rajib Das is a Kolkata-based artist. His work incorporates illustrations, comics and cartoons, each with its own spirit – fun, funky or serious. This is his passion and what he was meant to do in life.