The third (October 2013) and fourth (November 2013) issues of Varta carried a column called Star Quest, a series of photo-stories of individuals who may not be public figures like politicians, artistes, social activists or media persons, but have in their own way contributed to social equity and empowerment around gender, sexuality and related issues. For a variety of reasons, including priority given to other interview and photography based columns, Star Quest was discontinued. With this issue of Varta, we seek to revive the column and continue sharing innumerable untold stories twinkling with inspiration!

The contribution of the ‘stars’ we zoom in on may be in an intimate arena – among friends and neighbours, their local community, a village or slum school, their own work place and so on. It may not have attracted any media attention, yet the importance of their efforts cannot be underscored enough. Varta is happy to bring to light such hidden ‘stars’ and focus on endeavours that generate hope for a better present and future.
Varta welcomes its readers to contribute to Star Quest by sending information about individuals living anywhere in India who can be portrayed in the column. Please send a brief description of the individual and their work in about 100 words to vartablog@gmail.com, and also include 3 to 5 high quality photographs of the individual depicting their day-to-day life. 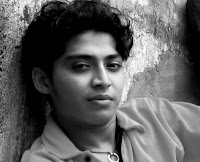 Star of the month: Arunabha Hazra, 28, resident of Salt Lake, Kolkata. It is just another busy day for Arunabha when he arrives at the Jadavpur University grounds for our interview. He is quite popular among the queer folks of Kolkata. He is an activist, photographer and above all an event manager. When asked what he is most passionate about, he promptly replies that he craves adventure. He loves nature, and believes that the eyes are a gateway to one’s soul, which is what gets him to photograph someone. 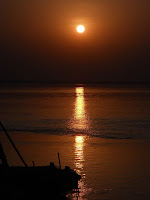 Arunabha recalls how he came to know about the gay community in Kolkata when a certain someone used to call for his elder brother (Anupam Hazra) on the landline phone. After a few awkward phone calls he confronted his brother, who came out to him as gay. Arunabha was then a teenager. He could have freaked out that his brother was gay. Instead he was empathetic and understanding. He was supportive of his brother. But like many other people, he too was troubled by questions about the sexual act. “How do gay people have sex?” he asked his brother, who provided him books with queer content. 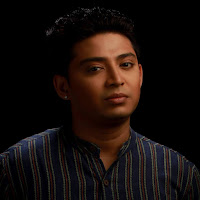 As a teenager, Arunabha, unlike many straight (heterosexually oriented) men, was quite relaxed about his brother’s gay friends hitting on him. Because his brother himself was so much involved with the queer rights movement in Kolkata, Arunabha too at a young age got drawn into the movement. He started off as a volunteer for queer film festivals and went on to become a core member of the Kolkata Rainbow Pride Festival, an open collective of individuals, networks and organizations, which uses a variety of art forms, media and mass awareness activities to generate dialogue on gender and sexuality. He also helped NGOs organize a number of queer community events on health and human rights issues that reached out to the larger public, and this possibly sparked off an interest in event management as well.

When asked if he ever has issues with his brother’s sexual orientation, Arunabha’s instant reply is no. He respects and supports him for what he is. He has a curious choice of words for his brother – ‘situational’ – sometimes he appears to be like most men are, at other times he is feminine. But that doesn’t make a difference to Arunabha. He remembers the time when his brother was the sole earning member of the family and the sacrifices his brother made to bring him up. He values his brother’s influence in forming his perspective of life.

The year 2008 was when Arunabha first participated in the Kolkata Rainbow Pride Walk (that was the seventh year of the walk). He recalls how exhilarating the experience was – from coming up with slogans to managing the crowd. In 2011, he along with his brother Anupam, was interviewed by NDTV and Tara TV channels, after the then Health Minister Ghulam Nabi Azad remarked in a speech that homosexuality was ‘unnatural’. 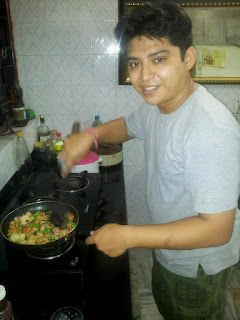 Arunabha believes that the Supreme Court of India verdict on Section 377, Indian Penal Code (December 2013) is regressive but it has also created a lot of noise necessary for visibility. He feels that queer people in India should embrace their genders and sexualities with pride, and adds that coming out is important for positive visibility. He also thinks that companies such as Fastrack and Flipkart are deploying queer themes in their advertisements not just to promote their products but also to create a positive image of queer people in India.

From the perspective of an event manager, he says there is no difference between organizing queer community and other events. Off late, he has started hosting parties that are open to all. People irrespective of their gender identity, sexual orientation or other social parameters like caste and religion are welcome to party. “Love should be open and neutral,” he sums up.

Kaustav Manna, a graduate in psychology, is a photography enthusiast and freelance writer.