Of unusual love angles (and pickles)

Vartanama, May '16
By Pawan Dhall


Labels and identities have a habit of getting in the way. So if I were to put the word ‘polyamory’ in the title of this article, many readers may conclude that it is about what Wikipedia explains as the “practice of, or desire for, intimate relationships involving more than two people, with the knowledge and consent of everyone involved”.


Neither is polyamory the same as pansexuality – sexual attraction, romantic love or emotional attraction towards people of any sex or gender identity – gender-blind attraction so to speak (Wikipedia to the rescue again).

For my bosom pal Kishore, though, none of these labels, identities or explanations seems to quite describe the turning point he is at in life. About to enter the grand 50s, he’s had his share of crushes and romances (intense and stormy ones, bordering on ‘Bollywood-ish’, to fleeting and flirtatious) as well as sexual relations (casual one-off, friends-with-benefits types to ‘Oscar Wilde-ish’ dramas) in the younger years.

Now, Kishore is not given to any fondness for what is famed as shaadi ka laddu, a conceptual Indian sweet concoction believed to mess up the lives of both those who marry and those who don’t (my definition, not Wikipedia’s). Neither is he impressed by the fact that increasingly even queer individuals seem to be making this laddu, sorry, marriage as the reference point of their lives. So occasionally he gets a creeping feeling about what has he been left with after all these years of adventures of the body and mind (or body-mind). That’s till I have given him a pep talk, and then he’s back on an optimistic track. 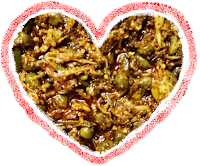 In fact, just like the complexity and tanginess of Indian pickles, he’s come up with a delectable life recipe. Much like the line Dil Khudgarz Hai, Phislaa Hai Yeh Phir Haath Se from a song in that 2007 Hindi drama film Life in a… Metro, Kishore has decided to try out another episode of romance, for intimacy, companionship and all that. He’s silently happy at this turn of events even after he’d decided to relegate romance to the bottom of the bucket list indefinitely. But then he’s not going to invest all of himself in this one relationship and run the risk of staring at an abyss again one day.

His heart beats equally for an old friend, who has been with him through the thick and thin of it all (personally, professionally and socially) over the last 16 years and still going strong. So the next somewhat crude line in the Life in a… Metro song Kal Uskaa Rahaa, Abb Hai Teraa Iss Raat Se doesn’t ring a bell for Kishore. He wouldn’t be what he is today for his new romantic partner if it were not for his old friend, would he?

But wait, the story isn’t over! Kishore says that given the way life has turned out for him, if he shuts his eyes and thinks of his old friend, he visualizes also a number of other individuals who, along with Kishore and his friend, spent many formative and challenging years together professionally. Each one of them gives Kishore a lift in a different way. So this small multitude of individuals is what he thinks of as integral to his support system for now and the future. Traditional family members apart, he’s keen to remain connected with these individuals and to keep them connected for the sake of good old times, at least to the extent they are willing to.

When I tell Kishore that none of these plans may work out, he retorts that in the first place this isn’t a zyada ka fayda ‘systematic investment plan’. Rather it is simply his current ‘state of being’. Of course, there are uncertainties involved, and the individuals he thinks about may not reciprocate in the same way or relate to each other beyond nominal friendship or courteous acquaintance. But they can’t stop him from feeling what he does and this state of being helps him remain rooted to a strong sense of respect for all those who shaped his life and allowed him to shape theirs.

I did think of asking Kishore about matters sexual in this satrangi or rainbow pickle and about the genders of the ingredients involved, but then decided against it. Decoding isn’t fun all the time. When we lick our fingers and smack our lips, it is often for the goodness of the experience as a whole – the experience of having pickles, that is.

Pawan Dhall aspires to be a rainbow journalist and believes in taking a stand, even if it’s on the fence – the view is better from there!
Posted by Varta at 01:47