Kolkata, May 28, 2016: Three days from today – on May 31, 2016 – art personality Sujoy Prosad Chatterjee will pay homage to Rituparno Ghosh, a queer icon in the world of cinema, through dramatized readings of queer writings from across the globe. The event will take place at the Ahuja Museum for Arts, Lee Road, Bhawanipur, from 7.30-8.30 pm. 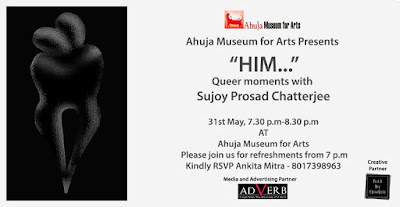 In a historical sense, ‘queer literature’ (if it can be called that) is a fairly new innovation. The current understanding of queer genders and sexualities as distinct from compulsory heterosexuality is itself the outcome of a social process that started only in the late 19th century.

Because of the strong stigma and condemnation in many cultures around the world, lesbian, gay, bisexual, transgender and other queer individuals have often turned to literature as a source of validation and understanding of their genders and sexualities. Mythology and classical literature have long had traces of queerness. In more modern times, the discussion around queer issues in literature became more evolved, including the last two decades or so in the Indian context.

Rituparno Ghosh, who passed away three years ago almost to the date, had contributed significantly to a more nuanced understanding of queer genders and sexualities through his cinematic work and writings in Bengali newspapers. With that perspective, Sujoy Prosad Chatterjee couldn’t have chosen a more apt manner to pay homage to Rituparno Ghosh.
Posted by Varta at 02:57